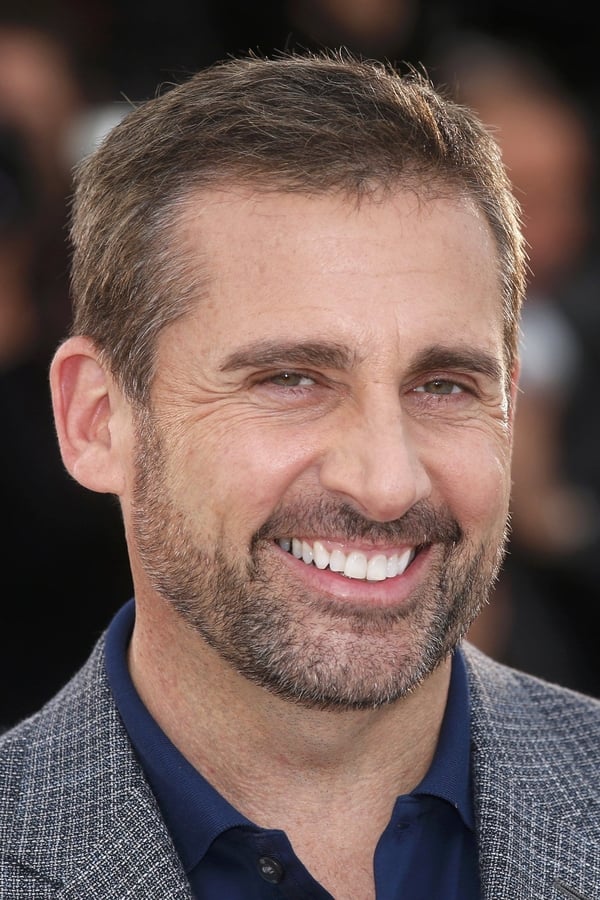 Steven John Carell (born August 16, 1962) is an American actor, comedian, producer, writer and director. He is best known for his portrayal of boss Michael Scott on the NBC sitcom The Office (2005–2013), on which he also worked as an occasional producer, writer and director. Carell was a correspondent on The Daily Show with Jon Stewart from 1999 to 2005. He has starred in Anchorman: The Legend of Ron Burgundy (2004) (and its 2013 sequel Anchorman 2: The Legend Continues), The 40-Year-Old Virgin (2005), Evan Almighty (2007), Get Smart (2008), Crazy, Stupid, Love (2011), The Incredible Burt Wonderstone and The Way, Way Back (both 2013). He has also voice acted in Over the Hedge (2006), Horton Hears a Who! (2008) and the Despicable Me franchise (2010–present). In 2016, Carell co-created the TBS comedy series Angie Tribeca with his wife, Nancy Carell. Carell was nominated as "America's funniest man" by Life magazine and received the Golden Globe Award for Best Actor – Television Series Musical or Comedy for his work on the first season of The Office. In the 2010s, Carell received attention for more dramatic roles. His role as wrestling coach and convicted murderer John Eleuthère du Pont in the drama film Foxcatcher (2014) earned him, among various honors, nominations for the Academy Award for Best Actor, the Golden Globe Award for Best Actor – Motion Picture Drama and the BAFTA Award for Best Actor in a Supporting Role. He also received acclaim for his roles in Little Miss Sunshine (2006), The Big Short (2015), and Battle of the Sexes (2017), the latter two earning him his eighth and ninth Golden Globe Award nominations, respectively. In 2018, he re-teamed with Anchorman and The Big Short director Adam McKay for the Dick Cheney biographical film Vice, in which he portrayed Donald Rumsfeld, and played journalist David Sheff in the drama Beautiful Boy. Description above from the Wikipedia article Steve Carell, licensed under CC-BY-SA, full list of contributors on Wikipedia.